The Catholic Church is very vast and it has branches all over the world with a very large congregation. 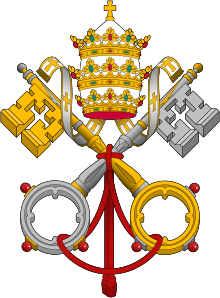 As the world’s oldest and largest continuously functioning international institution, it has played a prominent role in the history and development of Western civilization.The church is headed by the bishop of Rome, known as the pope. Its central administration is the Holy See.

The Church considers its bishops to be the successors to Jesus’s apostles and the Church’s leader, the Bishop of Rome (also known as the Pope) to be the sole successor to Saint Peter, who ministered in Rome in the first century AD, after his appointment by Jesus as head of the church.

By the end of the 2nd century, bishops began congregating in regional synods to resolve doctrinal and policy issues.Duffy claims that by the 3rd century, the church at Rome might even function as a court of appeal on doctrinal issues.