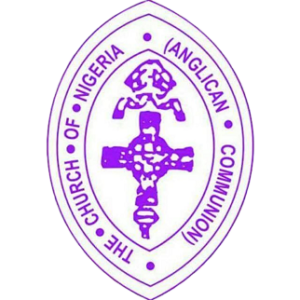 The Church of Nigeria has experienced eventful years of her history as an autonomous Province in the Anglican Communion worldwide.

The story can be traced to 1906 when a conference of Bishops in Communion with the Anglican Church held in Lagos. The Rt. Rev. E.H. Elwin, then Bishop of Sierra Leone, presided at the meeting.

The Rt. Rev. Herbert Tugwell (Bishop of Western Equatorial Africa) was there with four of his Assistant Bishops: Charles Phillips, Isaac Oluwole, James Johnson and N. Temple Hamlyn. It was there that the need for a Province of West Africa was first highlighted.

A second conference for the purpose came up again in Lagos in 1935. But it was the conference of 30th October – 3rd November 1944, also in Lagos, that made a clear headway on this matter, leading first to the inauguration of the Church of the Province of West Africa in Freetown, Sierra Leone. Sixteen dioceses were created in Nigeria

These sixteen dioceses in Nigeria soon began to sense a growing need for contextualization of their Christian witness. The opportunity eventually came at an Episcopal Synod at Ado-Ekiti on the 31st of January, 1974. There they resolved to set in motion the process of becoming an autonomous Province within the Anglican Communion.

This was closely followed by the Standing Committee of the Church of Province of West Africa, which gave it their blessing and referred it to the Synod, which held on the Campus of the University of Lagos on the 14th of August 1975 and passed the resolution that the machinery for the actualization of this desire be set in motion.

Known then as the Association of Anglican Dioceses in Nigeria (AADN), a Constitution Drafting Committee was set up under the Chairmanship of Sir Louis Mbanefo (of blessed memory). The Anglican Consultative Council meeting in Trinidad (23rd March – 2nd April 1976) considered the draft to be “in order”and adopted it as “Resolution 34 on the proposed Province of Nigeria.”

Finally, a meeting of the Standing Committee of the Province of West Africa held in Benin City on the 13th of August 1977, the resolution was adopted for the Church of the Province of Nigeria to be inaugurated in the month of February 1979.

With the election of The Rt. Revd. Timothy Omotayo Olufosoye, DD, the Bishop of Ibadan to take the lead, he was presented at the Cathedral Church of Christ, Marina as the Archbishop, Primate and Metropolitan of the Province, which was designated as “The Church of Nigeria, Anglican Communion”. The Church of Nigeria was inaugurated on St. Matthias Day, 24th February, 1979.

Since 2002 the Church of Nigeria has been organised into 14 ecclesiastical provinces. It has rapidly increased the number of its dioceses and bishops from 91 in 2002 to 161 as at January 2013. The administrative headquarters are located in Abuja. Its primate is Archbishop Henry Ndukuba.